By submitting this form, I agree that UTSA may contact me by email, voice, pre-recorded message and/or text message using automated technology.

The graduate certificate in Facility Management is designed to educate and equip facility management students with advanced knowledge and specialized skills to enhance their performance and professional qualifications.

Ready to take the next step?
Apply Now

Facilities management is a $1 trillion global industry with 25 million practicing facility management professionals worldwide. The UTSA online graduate certificate program will help you prepare to make an immediate impact in this growing field with global demand.

Students who complete the Facility Management graduate certificate will gain skills and knowledge in management, operations, and leadership to become a fully qualified facilities manager. 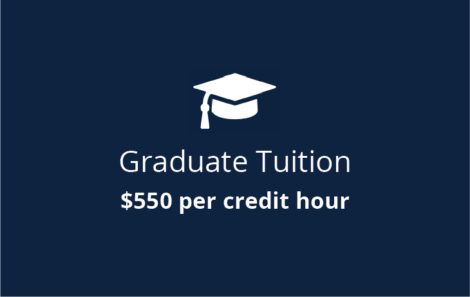 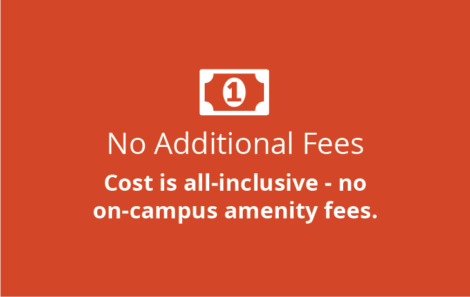 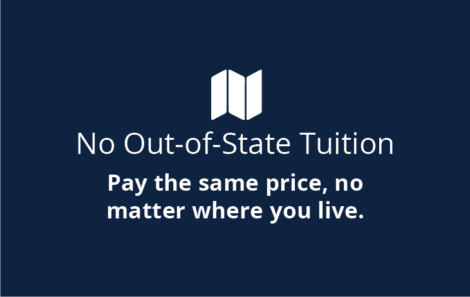 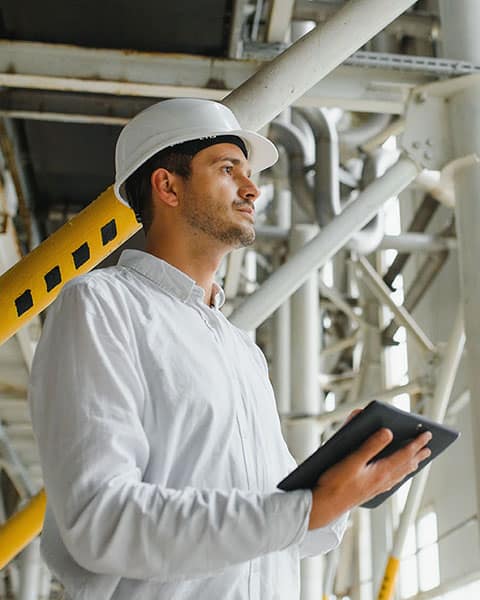 There is a global need for professionally trained facility managers, according to the International Facility Management Association (IFMA).

With these seasoned managers stepping down, employers need well-trained professionals from varying fields to fill these roles.

Upon program completion, you’ll be well-qualified to pursue or advance a career in a wide range of areas within facility management. In the past 12 months alone, there were more than 118,000 job postings for facilities management occupational positions in the U.S. and more than 10,000 in Texas.

The number of Facilities Management positions are projected to increase by more than 10% in the next 10 years, and by more than 18% in Texas.

Course provides an introduction to Facilities Management Operations & Maintenance, including the various building systems, and approaches to operating and maintaining facilities, and the effective development and management of facilities predictive, preventive, & corrective maintenance programs, and other aspects of FM maintenance and operations.

It typically takes approximately six months to a year to complete the Online Graduate Certificate in Facility Management courses. 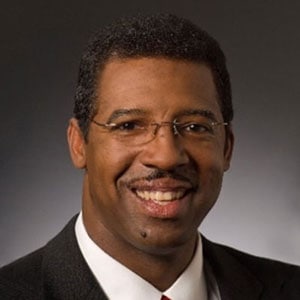 Thomas Mitchell is the current senior vice president and chief operations officer for FM3IS Associates, L.L.C., and he oversees organization strategic and market development activities, as well as directs corporate business operations for independent contracted consultants who specialize in the development and delivery of service offerings in the areas of facility portfolio performance, workforce capability development and organization functionality alignment. Thomas was previously employed with the Fortune 500 strategy & technology consulting firm of Booz|Allen|Hamilton, where he provided facilities & asset management services that helped clients and colleagues develop a vision, strategies, and solutions that shaped, improved, and optimized the built environment. With over 35 years of facility and asset management experience, Thomas is committed to advancing the performance of an organization’s two most valuable assets – the workforce and the workplace – by providing solutions that increase individual competency, business sustainability, and organizational longevity.

In 1998, Mitchell joined the International Facility Management Association (IFMA) and served on the Global Board of Directors from 2005 to 2011. He became board chairman from 2009-2010 and was awarded the IFMA 2012 Chairman’s Citation and bestowed the IFMA Fellow designation in 2013. Thomas presently serves as chairman of Florida A&M University’s Facility Management Degree Program Academic Advisory Council, and as vice-chair for Professional Certifications and Partnerships on the Society of American Military Engineer’s National Facility Asset Management Committee. In addition to earning the Certified Facility Manager designation and recognition as a licensed IFMA FM course instructor, Mitchell’s list of credentials also includes a Bachelor of Science in Architectural Studies, a Master of Arts in Management, and Master of Military Operational Arts and Science degrees, as well as a Master’s Level Certificate in Facility Management. 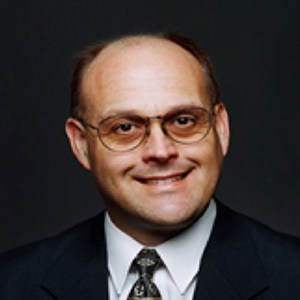 Michael D. Noll, a licensed Texas Real Estate Broker, is the current Senior Vice President of AqueInvestment Group and is responsible for the management over one million square feet of office product. He has 25 years of experience in the development, leasing, management, and brokerage of commercial real estate.

Noll has achieved the designations of Certified Commercial Investment Member (CCIM) and Certified Property Manager (CPM) by his work in the commercial real estate community. He is a member of both organizations’ local chapters and is currently serving as the chairman of the Legislative Committee for the local IREM Chapter. Noll is also a member of San Antonio’s Independent Commercial Broker’s Association and is among the “Who’s Who in Commercial Real Estate” by the San Antonio Business Journal.

Michael D. Noll graduated in 1985 with a BBA, and in 1990 with an MBA, both from the University of Texas at San Antonio. As a member of the adjunct faculty at UTSA, he teaches courses in facilities management and property management. He is also a member of the adjunct faculty at the University of the Incarnate World where he teaches courses in finance and marketing. 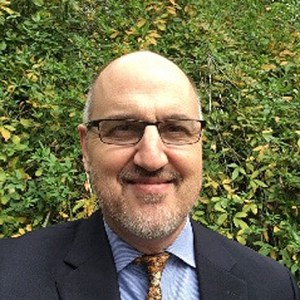 Bob Rawski graduated with honors from California State Polytechnic University in Pomona with a Bachelor of Architecture degree in 1983 and is a licensed architect. Previously, Bob served as Executive Director with The University of Texas System Office of Facilities Planning and Construction (OFPC), directing a team of Regional Program Managers and Directors and a staff of 50 in the design and construction management of capital projects for his customers at 10 U.T. System institutions. Before joining OFPC, Rawski spent 10 years as a Project Architect in the private sector, primarily with institutional clients.

Over his 29-year career with OFPC, Rawski worked on all 14 U.T. campuses, serving as Project Manager, Senior Project Manager, Regional Program Manager, Director, and finally Executive Director. He oversaw the delivery of 170 capital projects, ranging in size from $10M renovations to $500M new construction projects, totaling 22.7M square feet and $7.1B in total project cost. Over that time, Rawski and his teams also managed 60 different A/E firms and 38 general contractors. Significant projects completed under his management include the first new construction, higher education based medical school in the United States in 40 years, known as the U.T. Austin Dell Medical School. Another significant project was the new U.T. System Administration headquarters in downtown Austin, Texas, where he served as both the direct manager of the project as well as the executive liaison, giving direction in the construction while also providing progress reporting in the Board Room. It consolidated several aging and space inefficient buildings into a single, state-of-the-art $142M, 640,000 square foot, 19 story high-rise building. 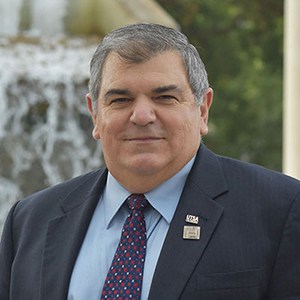 Dave Riker has more than 40 years of experience in engineering, facilities management, and construction. He served as the Senior Facilities Officer (SFO) for the University of Texas at San Antonio for fourteen years, before accepting the challenge of building an online facility management graduate certificate and master’s degree program.  Before coming to UT-San Antonio, Mr. Riker served four years as the Facility Manager for Experimental Science Facilities at Los Alamos National Laboratory, New Mexico, after serving as the Los Alamos County, NM, Public Works Director for nine years. Riker also served 14 years in the United States Air Force as a Civil Engineering Officer involved in construction and maintenance at various military installations throughout the world.

Dave Riker has long been a proponent of achieving excellence in all areas of facilities management. As a result of more than ten years of sustained efforts to achieve excellence, the University of Texas at San Antonio was awarded the 2016 APPA Award for Excellence, the highest honor in higher education facilities management. In 2017, UTSA Facilities was awarded the inaugural “Stars Across Texas” Award for Facility Management Excellence from the Texas APPA (TAPPA).

To maintain enrollment in the certificate program, students should maintain a 3.0-grade point average throughout tenure in the program.

Note: Applicants who are currently enrolled in a graduate degree program at UTSA should submit the UTSA Graduate Certificate Form to add a certificate to their current program. Complete and submit the linked form with approved signatures to Dave.Riker@utsa.edu.

Want to Get Started?

Contact us and our enrollment counselors will guide you through the process.

Submit our Request Info Form and we'll be happy to reach out.

Start your application now and select any of our Online programs.